I don’t typically do fanart, but I might have just Oingo Boingo’d the entire cast of the Saiyan Saga from Dragonball Z. If you don’t know what it means to Oingo Boingo something, that’s OK. But if you do, then we should be buds. Also, I will soon be offering a service to Oingo Boingo any image you would like (can you say Oingo Boingo Profile pic?!) for just $5.00! What a steal! 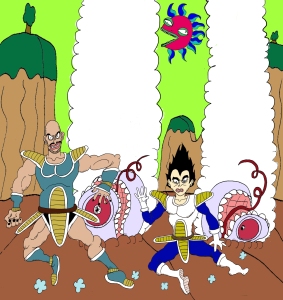 Nappa and Vegeta landed on Earth and met their hated enemies.

They made the Saibamen come out to kill them! 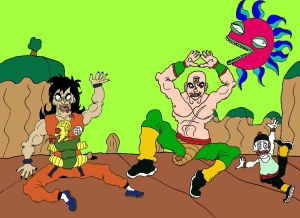 Hahaha! The Saibaman blew up and killed Yamcha! We’re gonna win for sure!