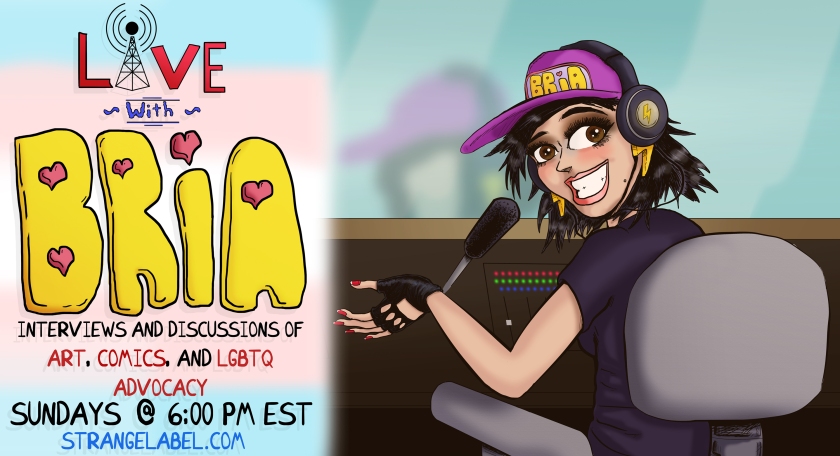 Live With Bria is my internet radio talk show in which I interview artists, writers, and activists primarily from the trans community. It airs LIVE every Sunday at 6:00 PM EST on strangelabel.com.

November 20th, 2016 “Why the United States is F*cked, with Brynn Tannehill”